Father John Donovan was raised at Blessed Sacrament Church, Johnson City; was in the first graduating class of Seton Catholic Central; attended Broome Community College and graduated from LeMoyne College. His formation was at St. Mary's Seminary and University in Baltimore and obtained a Licentiate in Canon Law in 1998 from the Catholic University of America, Washington DC.. 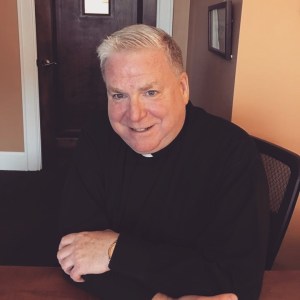